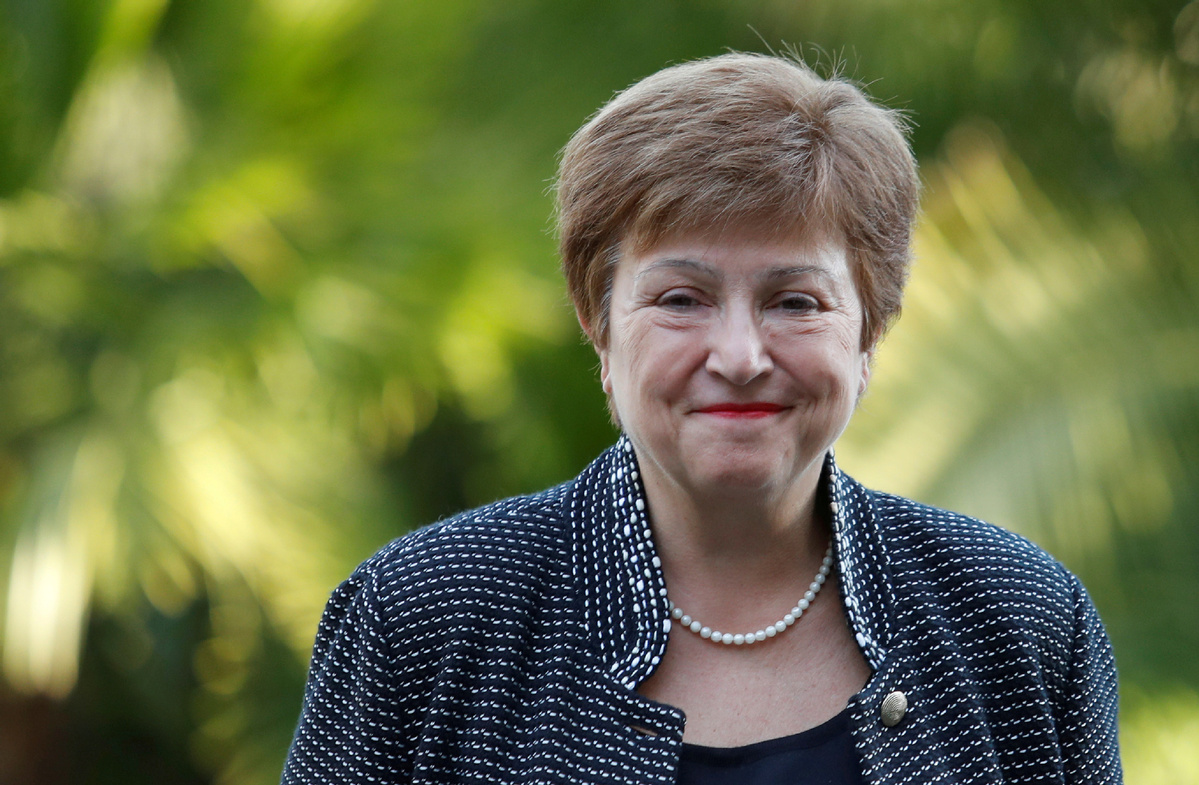 Two days after the global lender released its World Economic Outlook (WEO), which nearly doubles its projection of China's 2020 growth to 1.9 percent from previously forecast, the IMF chief explained what was behind the upgrade and how it will impact the other economies.

Georgieva said the upward revision of the growth rate was based on two "very important actions China has taken".

"One, to contain the pandemic (with) very decisive health measures; and two, to provide a potent stimulus for the economy in terms of fiscal stimulus, and in terms of monetary policy, and China continues to boost the support for the economy," she said at a news conference.

In China, after lockdowns eased in early April, public investment helped boost activity to return to positive growth in the second quarter, according to the WEO.

"This is a positive impulse for the world economy," the IMF chief said of China's growth, adding that it is "particularly important" for countries that export metals and other commodities, where demand from China has been a much welcomed development, with commodity prices now going up.

China's growth momentum is also important "for countries that are connected to the Chinese economy through global value chains", where demand from China is an engine for growth, she said.

Imports by the world's second-largest economy rose by 4.3 percent year-on-year in the third quarter of 2020, according to the customs statistics. From the US, China imported 640.86 billion yuan ($95.3 billion) of goods in the three quarters, up 2.8 percent on a yearly basis.

"In terms of building confidence that we can overcome the pandemic, not only the domestic measures, but also the fact that China has joined the international efforts to have vaccine, I cannot stress enough how important it is — that boosts the confidence that together we can get out of this crisis," Georgieva said.

"Faster progress on medical solutions could speed up the recovery; it could add almost $9 trillion to global income by 2025. This, in turn, could help narrow the income gap between richer and poorer nations. The value of cooperation right now cannot be overstated," she said.

Georgieva has, on various occasions during the IMF/World Bank Group annual meetings this week, highlighted the impact of the COVID-19 pandemic on the global economy, which is expected to contract by 4.4 percent this year, the worst global downturn in decades.

"Until we have a durable exit from the health crisis everywhere, the recovery would remain uneven and uncertain. And obviously, we want to see that in the rearview mirror as soon as possible," she said on Thursday.

Thanks to "extraordinary macroeconomic policy responses", the global economy is recovering, but the recovery is "partial", and "marked by significant uncertainty", with the confirmed cases continuing to surge in many countries, international finance ministers said on Thursday.

"The crisis threatens to leave long-lasting scars on the global economy, such as weaker productivity growth, heavier debt burdens, heightened financial vulnerabilities and higher poverty and inequality," the International Monetary Fund and Financial Committee (IMFC), a policy-setting panel of the IMF, said in a communique.