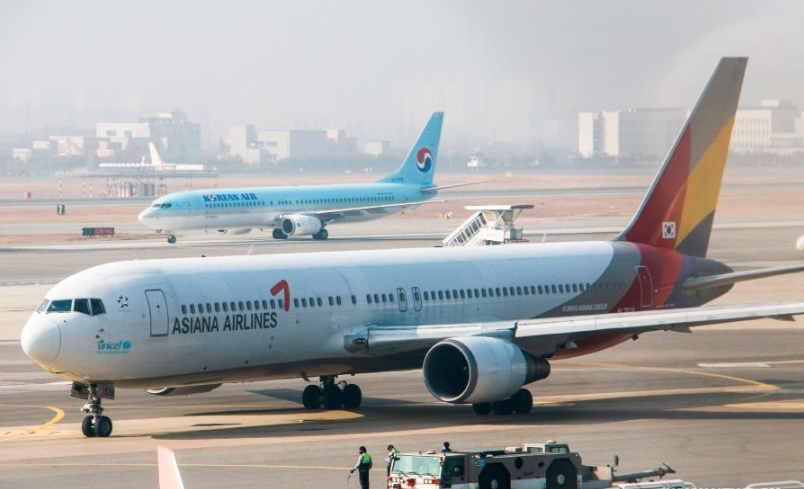 Photo taken on Nov. 16, 2020 shows a plane of Asiana Airlines (front) and a plane of Korean Air at Gimpo International Airport in Seoul, South Korea. [Photo/Xinhua]

After the completion of the acquisition, Korean Air planned to integrate three low-cost carriers among Korean Air's Jin Air, and Asiana Airlines' Air Busan and Air Seoul in a gradual manner.

A consortium, led by HDC Hyundai Development, had sought to take over Asiana Airlines, but the deal was dropped in September on differences over the terms.